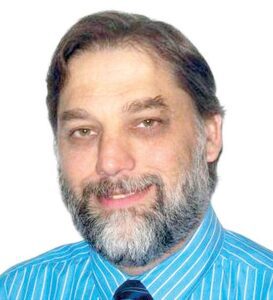 Oxnard– Well, it’s another anniversary for me, so to speak, as my anniversary of being diagnosed with type 1 diabetes is April 8.

It started in early 1989 when I was married to my first wife. I was overweight and was embarking on a diet. The weight was coming off easily because food suddenly didn’t taste so good, so I slowed down the eating.

Then, one day, my vision got blurry, and I needed glasses. Okay, lots of people need glasses, I thought. But it didn’t stop there, as I was in a constant state of thirst, and even when I drank water, it didn’t help. I was always thirsty and losing a lot of weight.

Meanwhile, I was having a lot of trouble at work. My performance started to suffer, and I went from being someone who always kept up with paperwork and usage reports to someone who was never on time. I felt awful, and it felt like my legs weighed 1,000 pounds. Like I already said, I was losing a ton of weight, and my guests started to ask me if I felt alright. I told them that I was on a diet, and they would say to me, don’t lose any more weight.

Of course, my bosses weren’t any help, as they came to me and said I guess you can’t do this job, and we never thought that you would succeed. That chain went out of business, big shocker, and most of them trolled onto other restaurant careers.

Then it was my day off, and my ex, my kids, and I went to visit our parents. We started at my in-law’s house, and my ex-mother-in-law said I looked great. Then I went to my house, and my mother said I looked dead. I told her I was fine, and she called her doctor and said Christopher looks dead, and you need to see him. I told her what my mother-in- law said, and she called her an idiot, and if I didn’t go to the doctor on my own, my father was going to take me.

The doctor told me that I would live about 25 years with Diabetes, and by then, there would be a cure for Diabetes. That was 34 years ago. I’m repeating myself here, so I’ll spare everyone my feelings about the medical community.

Since I am still here and defying logic and medical opinion, I guess that I’ll keep asking questions and, for the most part, not get any real answers.

For example, since I bought the paper, one of my new responsibilities has been dealing with vendors who are unwilling to answer direct questions honestly. One company asked me to notarize some documents and told me that company policy makes notarizing documents that prove my residency is required. I asked why that is a policy, and they did not respond, but they did keep repeating the policy over and over without addressing the question, hoping, I’m sure, that I would get frustrated and give up.

I was waiting for a delivery the other day and was told that I didn’t need to sign for it, only to find out that if I didn’t sign, it would not have been delivered. I asked why it needed to be signed for when I was told my delivery didn’t need to be signed for. The person didn’t say I don’t know, not a great answer, but the delivery person kept repeating this requires a signature.

In a nutshell, answer the question, and if you don’t know the answer, say so. I’m used to that. I wish I had a dollar every time I asked my mother and father why and heard because I said so.