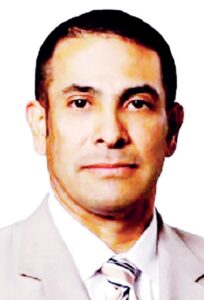 THE agreement is for $564,000 and has a five-year term for the Multi-Service Center. The committee also authorized an increase in the operational subsidy to $184,000 for the current fiscal year to cover financial losses at the location.

Housing Programs Manager Brenda Lopez said the Muti-Service Center was originally leased to the Oxnard Housing Authority in 1994 to implement the Family Investment Center (FIC)), a five-year program by the U.S. Department of Housing and Urban Development (HUD). It allowed the Housing Authority to provide programs that provided participants with self-proficiency skills.

For the past two decades, she said the building served as the operational base for the Resident Services Program, serving public health and residents.

She said the lease agreement gets a subsidy from the general fund to help cover operational costs for the site, including landscaping, repairs, administrative costs, and utility services.

“In the current fiscal year, despite receiving $126,732 in rent revenues, the impact of the Covid-19 pandemic resulted in unexpected financial losses for this building,” she said. “One of the largest tenants closed their offices; a second tenant requested rent relief as a result of their own office closures and decrease in funding.”

She said marketing the available space was delayed due to the mandated Covid-19 preventive measures in place.

“During this time, the unexpected costs were covered by the use of the operating reserves for the building, which have been exhausted,” she said. “Only emergency repairs were completed this fiscal year.”

She also requested that the annual subsidy for operational expenses increase to $95,000, effective July 1.

“The $23,000 net increase will be included in each recommended budget through the end of the contract term,” Lopez said.

Housing Director Emilio Ramirez said the companion piece with the action has some blanks and will be filled in when the full council acts on the matter.

“That’s the date of the term,” he said. “Beyond that, this is the continued use of the Multi-Service Center for a variety of community-serving non-profits that the Housing Authority continues to manage or operate the building and the tenants that are there. There have been revenue gaps generated during Covid that we’re looking to recover during that period. We’ve recaptured the tenants, and we’re looking to recover.”

Committee Member Mayor John Zaragoza confirmed that during the pandemic, they did lose a tenant.

Ramirez said the increase is a cost-of-living increase.

“It costs more money to maintain and run the building,” he said. “We did experience a rent revenue loss because we lost that major tenant, and now we’ve replaced them with a different community serving tenant, which is a mental health service and medical function. The whole staff agrees with you; the Multi-Service Center should continue to be used for a community-serving selection of services. That’s the intent.”

The item passed unanimously and moved forward to the entire city council.