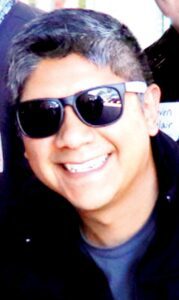 “This policy reaffirms the city council’s creation of a monitoring system to provide the community, city council, employees, and other stakeholders reasonable assurance that the city is adhering to the Internal Control Integrated Framework principles and is achieving operating, reporting, and compliance objectives,” she said. “This policy requires a minimum of annual reporting of the effectiveness of internal controls and requires that corrective actions be taken to cure identified deficiencies if any are identified.”

“This draft policy reaffirms the city council’s creation of the monitoring system,” she said.

Councilman Gabe Teran said it’s for the benefit of the public that folks understand the internal controls and integrated framework they’re putting in is a way to monitor what’s happening and have multiple processes in place.

“To prevent or mitigate any kinds of malfeasance or mistakes happening,” he said. “When you have a snack bar in Little League, and you have a cashbox, there is never any one person alone with the cashbox at any time. There are always two people. The people who collect the money are probably not the same people who fill out the deposit slip. Those are examples of internal controls, and the city is doing this on a large scale. I fielded some concerns on social media on past practices a decade ago in the city around misspending or not knowing where certain funds are going. This is a way to ensure to the public that there are multiple processes in place and a framework to make sure that doesn’t happen. It’s improved transparency for the public.”

Mayor John Zaragoza thanked all the staff for all the work that was done on the framework.

“Week after week, and month after month, thank you for all the excellent work,” he said.

More From News Go To The News Section